Bro Neo and his inspirations

for ex-Brahma Kumaris, to discuss matters related to their experiences in BKWSU & after leaving.
Post Reply
103 posts

8) Last night was sooo good. All my true brothers and sisters know what I am talking about. What does ex-BKWSU mean anyways, ex-l? You think you're better then all the other ex-BKs because you got a bunch of documents that you Photoshoped (with sources that need to stay anonymous of course), and you think that by challenging the BKWSU with these nifty papers they will in someway apologize to you for all the years you waisted with them, serving them hand and foot, trying to gain acceptance, because they told you what you wanted to hear and you were too naive and in denial to see the truth?

This goes for my previous statements about the BKWSU's affiliations with many different corrupt outside organizations as well. I will not give you proof. No, I refuse. I have put more then my life on the line for this forum and what do I get in return?

johns writes like a monkey, so I did not even give his requests a second thought, but since other much more civilized members have expressed an interest then I will say this. If you want proof then check the account records of the BKWSU, that is if they haven't burned them with the rest of the old stuff in that supposed fire. Their current record should reveal a lot, if its accurate. The SS in my country never kept accurate account records. I, as well as another very pukka brother, were very disturb when we discovered this. He literally got physically ill because he was pulled apart between filing honest records in accordance with the law and honesty, or doing what the SS told him. I was lucky. I was not directly involved with the accounts back then. I might have had to turn my SS in. :)

Common, wake up. It was naive enough to believe the BKs the first time but now, even after you have made the decision to leave, you still want to keep them up on the pedestal just because seeing them as they really are will hurt your ego?

sparkal
BK supporter
Posts: 462
Joined: 04 May 2006
Affinity to the BKWSU: BK supporter
Please give a short description of your interest in joining this forum.: BK supporter
Location: Shivalaya

I agree that, just as we cannot assume the allegations, we cannot also assume that there is nothing in what neo accuses BKWSU of. Or is it certain types who contribute to BKWSU that is reffered to?

I, personally, think we should have BLAMED Neo for longer, there was more mileage in it, before the judging and punishing ... and what about the guilt? What is the point if there is no guilt ridden angst?

And what is "terrorism"? Encasing people in poverty could be seen as a form of terrorism. Poverty can be a "terrifying" experience. I, myself, have made posts questioning the source of BKWSU funding and the individuals in question. I don't know, I am merely stirring to see what floats. #### floats remember.

So, should people be allowed to buy their way into the New Age? That may of course depend on the consciousness in which they GIVE money. It is LOVE that the world needs, not money. Love talks, not money or weapons, conflict and violence.

BKWSU is being questioned on what it values, what is being discussed here is the articulation (not for the first time) used in asking this question. I am more than happy to be proven wrong with regards my questioning of the source of money.
Top

bro neo wrote:I was not directly involved with the accounts back then. I might have had to turn my SS in. :)

You should do. I do not know what country you are in but tax fraud as a crime does not come off so easily when it comes to statue of limitations. You have a responsibility to do so.

Why ex-BKWSU? Well, I am not an "ex-anything", I am still work in progress. At the very least Brahma Kumar or Kumari really just means a 'child of the Creator'. I am that. It is the leadership of the BKWSU that have made it into something else.

I think of ex as in the meanings; "out of" or "from" and also "free from" (Although freeing from would be more accurate, I admit). I am a still child of the Creator but I operate outside of the BKWSU. I am not finished with them yet. May be I will change my name to 'deus ex-l machina' ... ;-).

I agree with sparkal that poverty is actually very often, and more commonly being willfully instituted these days, a sort of 'slow-cooking' terror in opposition to the short, sharp, shock brand used elsewhere ... that that is off topic.

What do I want from this forum? To meet others committed to putting the jigsaw together in an academic fashion and a place to support those that have been damaged by the BKWSU. A lot of good energy is wasted that could be being used in taking apart the illusion to reveal the reality.
Top

bro neo wrote:Common, wake up. It was naive enough to believe the BKs the first time but now, even after you have made the decision to leave, you still want to keep them up on the pedestal just because seeing them as they really are will hurt your ego?

I don't think that is the case for me or anyone on this forum. If what you say is true then I think it should be exposed.

If you want proof then check the account records of the BKWSU, that is if they haven't burned them with the rest of the old stuff in that supposed fire. Their current record should reveal a lot, if its accurate. The SS in my country never kept accurate account records.

Are you talking specifically about your country or the headquarters of the BKSWU? Where was the fire and when?

This goes for my previous statements about the BKWSU's affiliations with many different corrupt outside organizations as well.

Can you give any names of corrupt outside organisations?

When you say Photoshoped, do you mean copied or are you implying the documents were manipulated/changed in anyway in Photoshop?
Top

It's that time of the year for us real freedom fighters to get some much deserved R&R.

bansy, abek, and all the other honorable lords and ladies ... where is your glass? :D 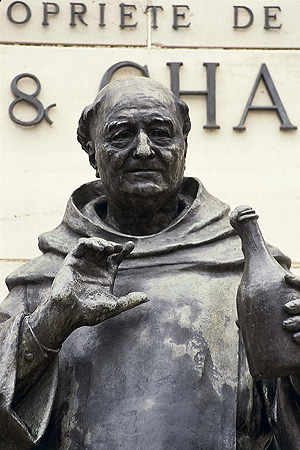 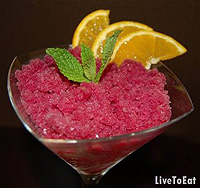 I think it is time for you to take some time out on the bench. I cant see what you are doing here but either trying to pick up women or spoiling for a fight and I am concerned about the impression your behaviour is making on newcomers. As I said before, some elements of the BKWSU must just love you being here to prove all the bad things they say about us.

Its time you put up or shut up. At least in private to the admins. Of course, if you do not respect others privacy, then I suspect you might not trust that they admins will respect your privacy but you already gave us your name, you say, of "Toby". You are no Toby I know, so I think you ought to make that clear too.

You need to be more specific in your reports or allegations."All talk and no trousers" as they used to say down where I lived.

For your information, few folks have actually asked where the original documents came from, those that I trust and respect know. For sure I wanted to make sure they were copied before they were "disappeared" but that has happened now, so not such a big issue. Try asking at your local BK center or apply your brain and persist with your local library and you will be able to find copies too.

Again, what point do you specifically want to make, or are you just acting like a kid and out to gain a reaction with your jibing and insults? In short ... please don't waste our time or spoil the forum. We are not here to be your private audience.

bro neo wrote:I have had family members killed already with nothing I could do about it, but I will get my revenge. They know who they are and they know they are not safe where they are, cause we're gona get them.

What on earth are you talking about here!?!?

I am sorry but either you have got to be specific about what it is you are talking about or take this off forum because it is starting to read like a comic book and discredit this site.

I vote that either neo speaks up and delivers or is suspended ... too much good work has gone into this site to establish some high standards to have it pulled down like this.
Top

So, you got them to move my posts again ex-l. I think I have had just enough of this constant unauthorized editing of my posts. Guess what, you win I will not post here anymore.

I wish all the seekers of true enlightenment a great new years and see ya all in the Platinum Age. If you make it there.

Do anything but just answer the question about all your allegations, huh?

Make up a non-specific distraction to discredit others, whether true or false, rather than just deliver ... I have seen it all before and I am tired of it.

For the record, it was my private message to him that he made public. Personally, I strongly agree with john that was damaging to the trust that exists between forum members.
Top

sparkal
BK supporter
Posts: 462
Joined: 04 May 2006
Affinity to the BKWSU: BK supporter
Please give a short description of your interest in joining this forum.: BK supporter
Location: Shivalaya

May I suggest to all that, if you are out of your face on intoxicants, don't log in. That way we are less likely to wake up with regret. Angry with the "BKs", angry with the self. There comes a point when we must start accpeting responsibility. We are all fluctuating.

Sometimes we may need to look farther afield to other forums etc. if things are getting a bit seedy here. It is not the place to post if you have been in the pub etc.
Top

you currently have no email address registered in your profile and so we cannot contact you about recent matters. Your previous email address was either incorrect or redundant and was bouncing back on us.

Your posts have not been changed but the more off forum topics have been moved to this topic.

Users browsing this forum: No registered users and 6 guests